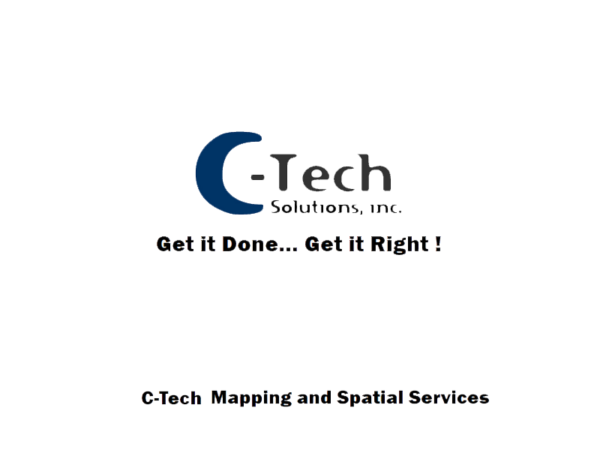 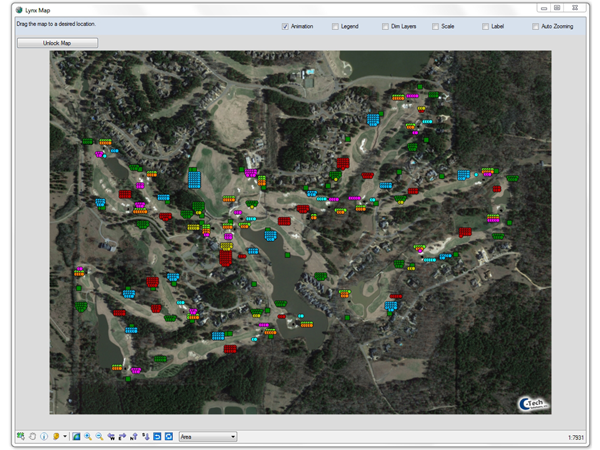 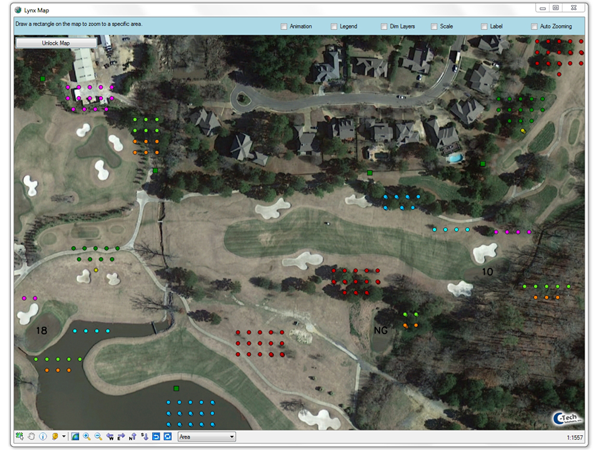 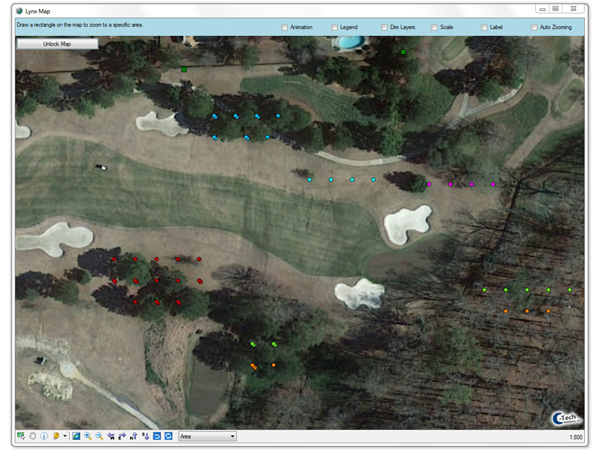 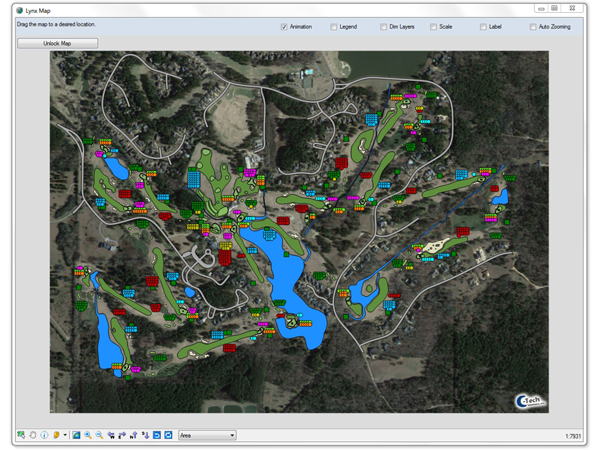 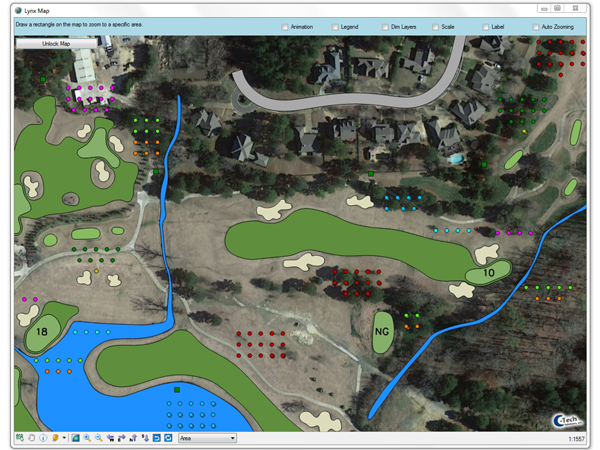 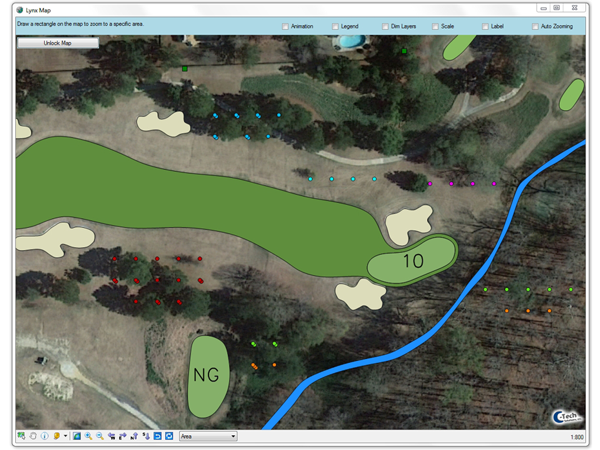 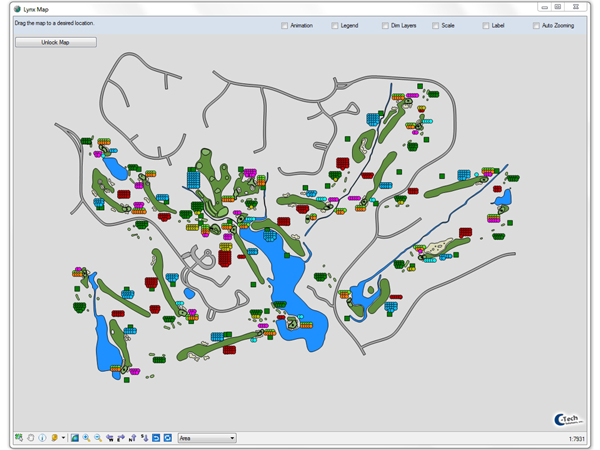 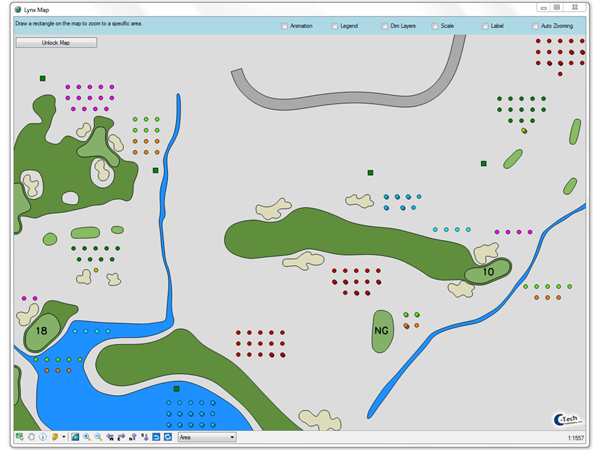 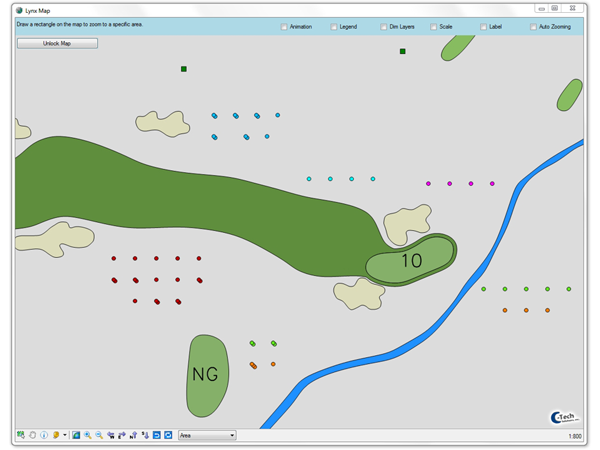 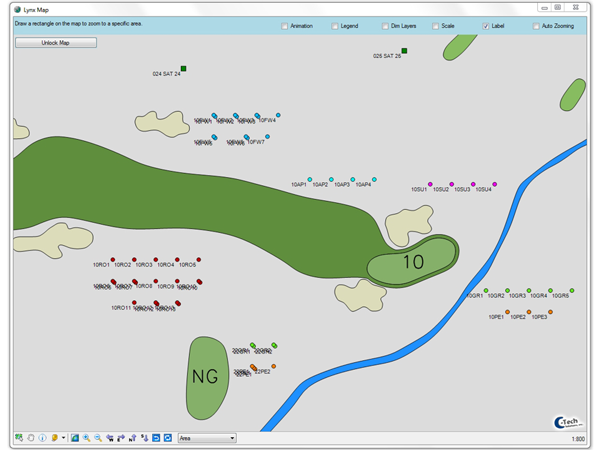 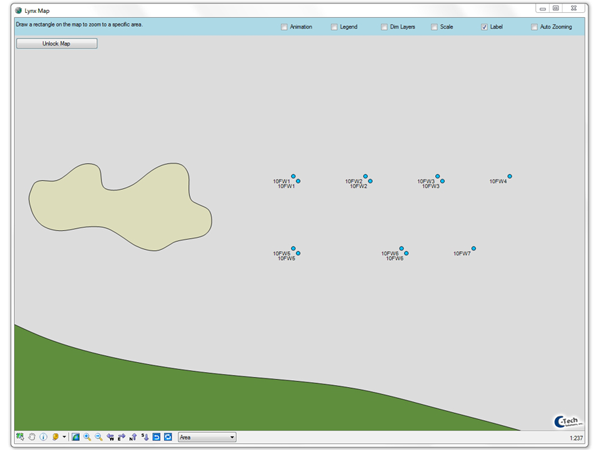 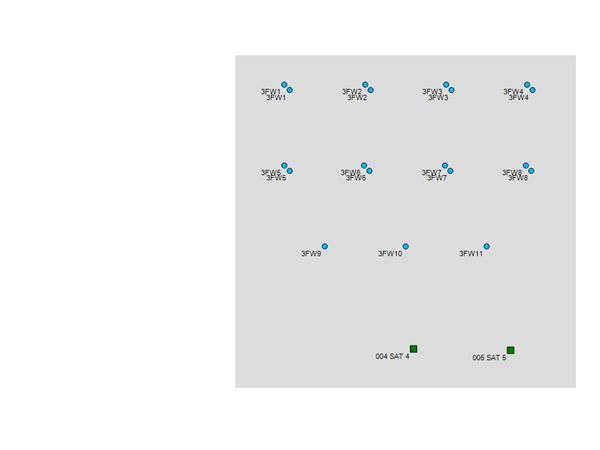 Heads are placed in a 30’ Grid, grouped together by Lynx Areas and placed in close proximity to the hole to which they are assigned in Lynx

When multiple heads are present on a given station, they are placed on a 45deg diagonal 5’ away from each other

Satellites are also placed near the heads they control. 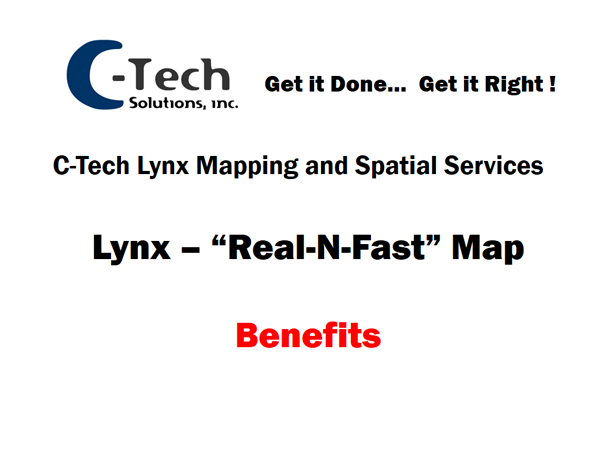 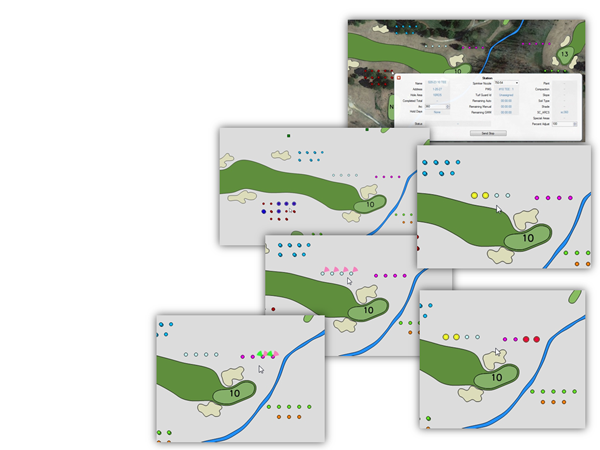 Operational Map in Days - Not Months

Starting the user out with all the Sprinklers already on the Map in the general area of coverage makes the Lynx Map operational immediately! 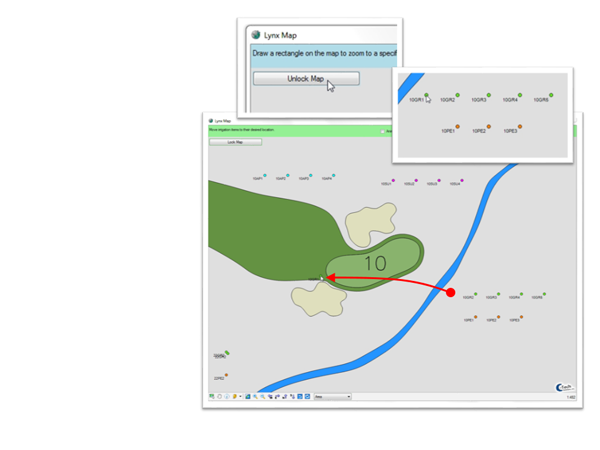 Having the sprinklers already on the map in a grid by the hole makes it much easier on the end user to position the heads at their relative positions.

All they have to do is to zoom into an area of the hole, click the Unlock Map button, click on the head and drag it into position… 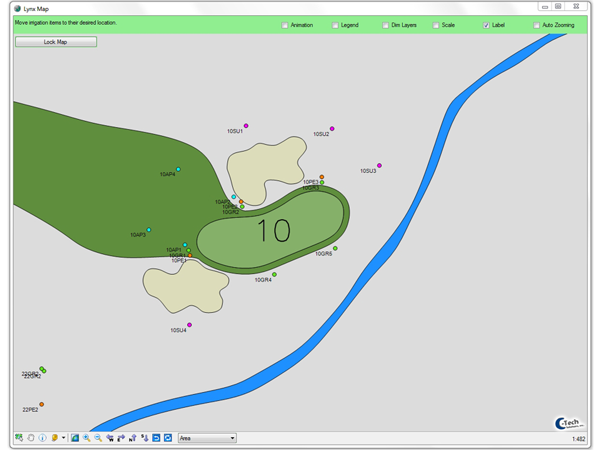 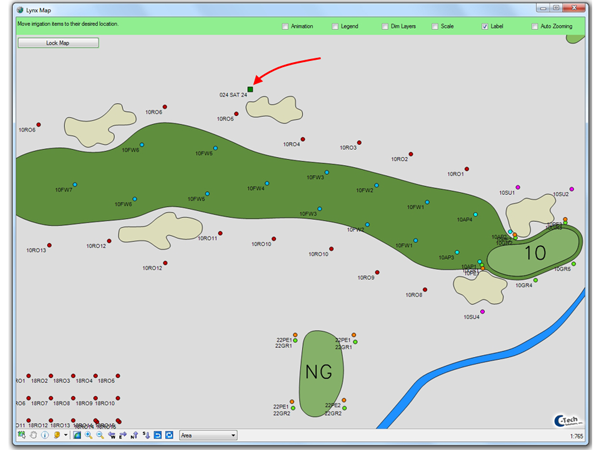 Then position the Satellite(s) and move to the next hole…

For someone very familiar with the system, this is a relatively quick process. 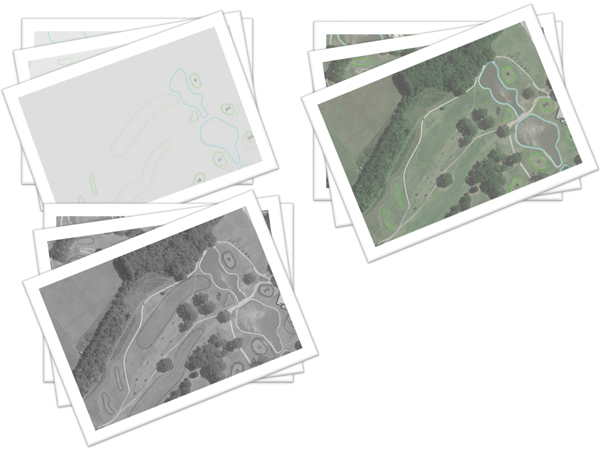 For those not so familiar, or for more complex systems when an asbuilt is not available, we can produce printable pdf booklets that can be used in the field to mark up sprinkler positions. This can assist with placing them in the Lynx Map. 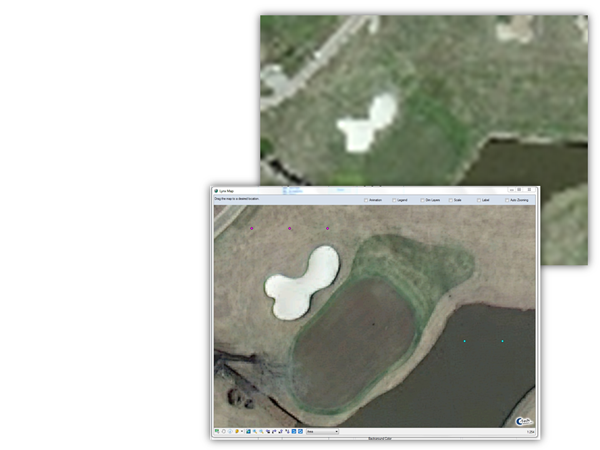 The typical Aerial Image that we acquire is 1’/Pixel or better.

This means when you zoom into a Bunker, Green, Tees, etc. the image does not become pixilated or blurry.

Also, avoids issues with copyright or TOS violations of various online map providers… See Warning at the end of the presentation 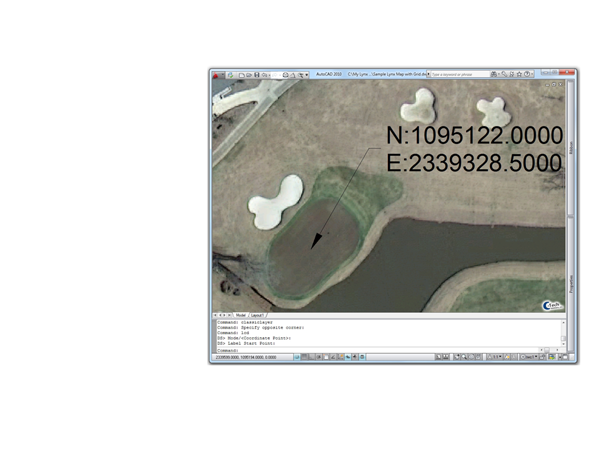 Images are located and scaled to proper state plane coordinates.

Items represented in the Image and/or any digitized features derived from the image are actually located at real world positions.

If any data collected via GPS or Survey is imported into the map, it will line up with the Aerial. 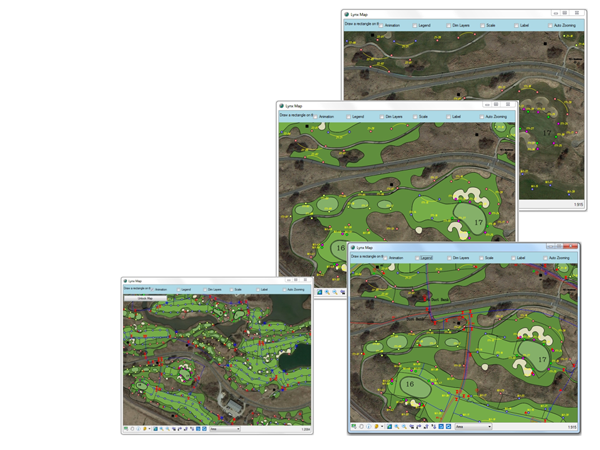 With that in mind, the Aerial can be more than just a temporary measure. It can be a building block to upsell other services such as digitizing the Aerial and/or GPS services.

C-Tech offers special Discounts for Toro Distributors. Some have also gained additional revenue by performing some of the GPS collections themselves using C-Tech Equipment and/or our processing capabilities. 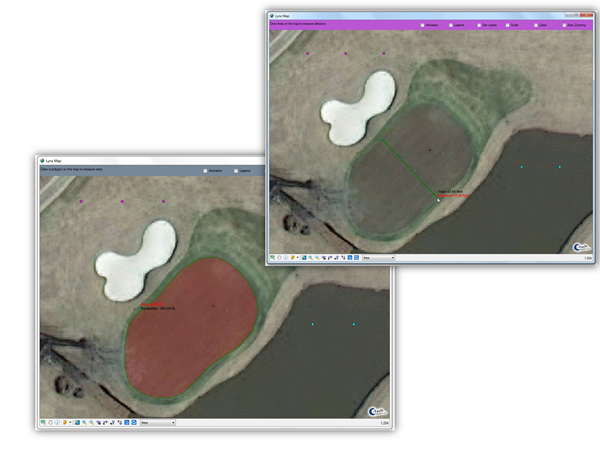 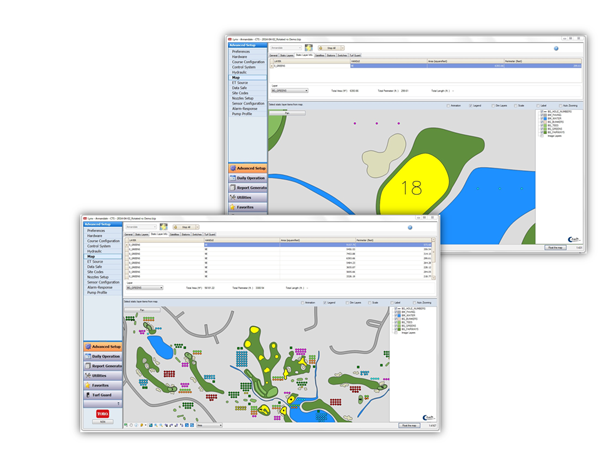 If the Digitized Base is a part of the package, it also becomes possible to accurately use the Static Layer Info Tab in the Map to report totals of selected objects 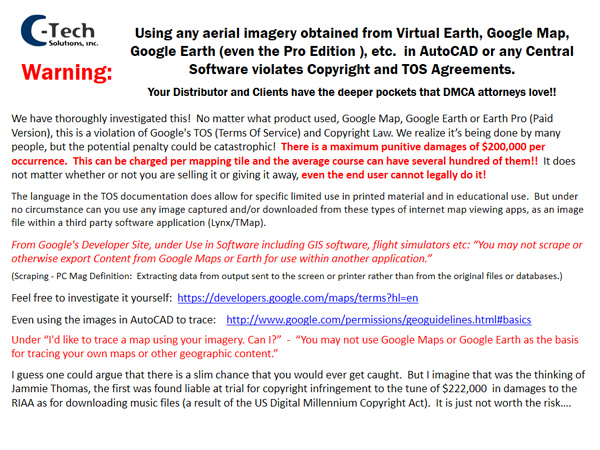